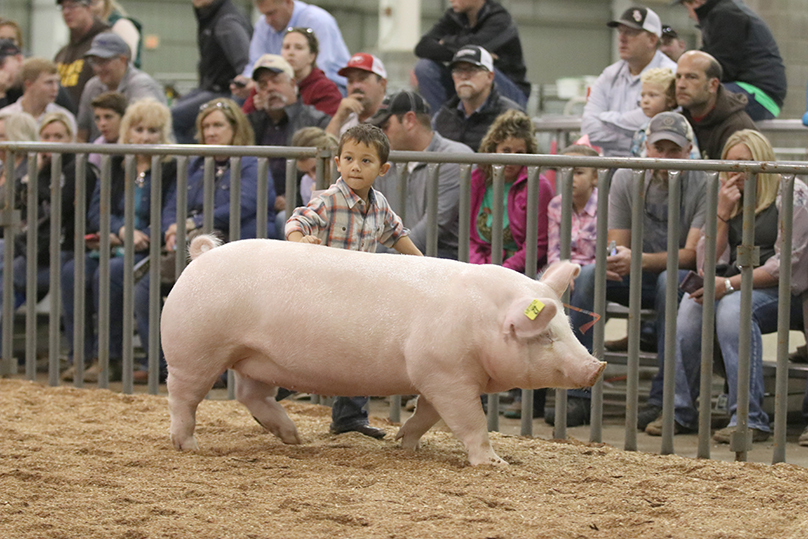 Youth competitors of all ages entered the Governor’s Hall arena today during the breeding gilt show. While some were finishing their show career, others were just beginning. One showman stood out amongst the crowd, even though he stood about two feet shorter than others.

Five-year-old Charlie Shawley of Afton, Iowa, was only a bit taller than his Landrace gilt. However, he didn’t let his age or size inhibit his showing abilities.

The youngster exhibited with intense eye contact and a look of determination. His ability did not go unnoticed by Judge Shane Brinning, as he chose “Floppy” for the reserve champion Landrace division title.

“I’ve showed lots of times,” Shawley said. While this was Shawley’s first year to show at the American Royal, it wasn’t his first time to show on the national level. Shawley showed earlier this year at the National Barrow Show.

When asked how many pigs he owns, Shawley turned and began counting his pens. “Three!” he said, proudly holding up three fingers. In actuality, the Shawley family only brought three of their 30-head show stock operation to the Royal. Shawley enjoys assisting at home by doing chores and walking pigs.

Shawley said, “My favorite part is having fun.”