Herefords Led into Hale for the Last Time by Dobson

The 2016 National Hereford Queen, Annah Dobson, will retire her crown and sash this weekend as her tour as queen comes to a close.

Dobson is a 19 year-old sophomore at the University of Wisconsin-River Falls and is originally from Johnson Creek, Wisconsin.

During her reign as queen, Dobson has traveled to numerous shows representing the Hereford breed. After being crowned at the 2016 American Royal, she has attended the North American International Livestock Exposition in Louisville, the Golden Nugget in Reno, the National Western Stock Show, Fort Worth Stock Show, Hereford Junior Nationals and returning back to the American Royal in Kansas City today.

Results from the Junior Hereford Show are listed below: 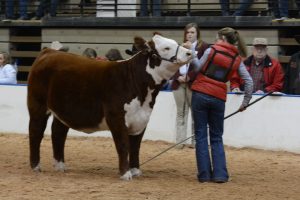 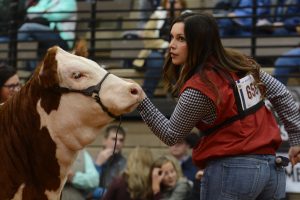