This afternoon, Hoge returned once again to the American Royal but this time to judge the Supreme Heifer Drive. In his speech, he offered more than thoughts on the cattle standing in the ring.

Giving the crowd a history lesson on the beef industry showcased Hoge’s wisdom and passion for the beef and livestock industry. Taking it back 50 years, Hoge describes what the cattle were like when he showed at the American Royal. Commenting on his Reserve Shorthorn Steer, “He came up to my hip. And I’m not very tall.”

Hoge also commended the young exhibitors in the ring on their hard work, as well as their families. He gave praise to the young livestock judgers in America and especially to the judges who chose the champions saying they all had a similar style.

To the younger generation, he said, “You have made so much progress and have done so much good.”

We appreciate Dan Hoge returning to Hale Arena to evaluate the champion females and for giving us wisdom and lessons we will remember for time to come.

“In life, I’ve learned that the process we go through in getting ready for something is as important, if not more so as the outcome of the event.”

Congratulations to Chesney Steenhoek of Iowa on exhibiting the 2017 Supreme Champion Female at the American Royal. 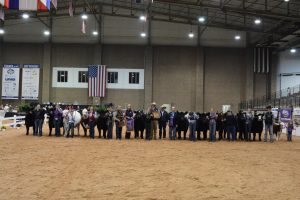 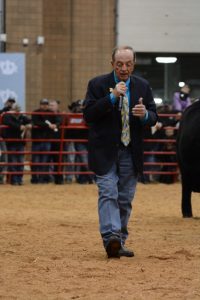