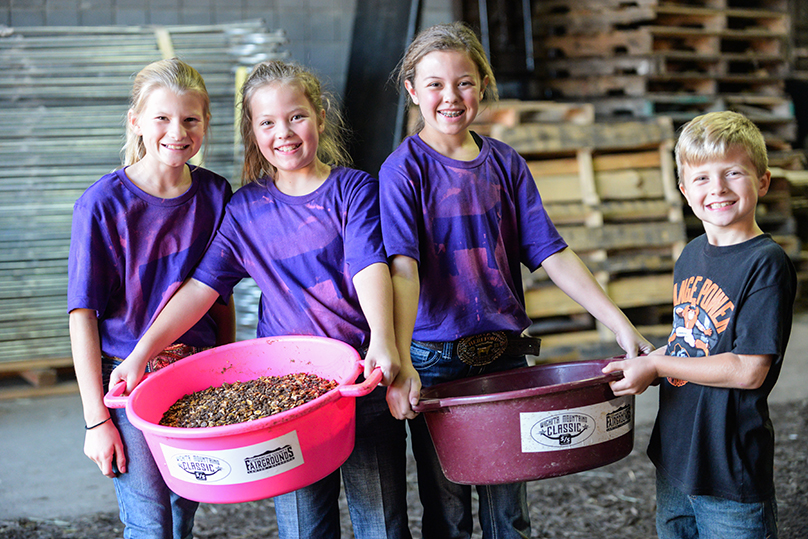 This, however, isn’t their first fitting rodeo.

At the Tulsa State Fair, siblings Carrington and Delanie Troyer with friend Chase Wood (8)
competed and won reserve champion at the fitting contest there.
Delanie said she placed 3rd at her county fitting show with friends and made it to the Oklahoma
Youth Expo (OYE) earlier this year to fit with them as well. Carrington and Delanie both have a team
to fit with at the next OYE in March.

Chase’s older sister, Paige, competed with Carrington and Delanie at the American Royal
because Chase was too young.

All three girls expressed delight fitting together on Thursday.
Carrington said, “It was a lot of fun!” Delanie and Paige both chimed in with the same
excitement.

Delanie said she liked fitting the back legs best while Carrington like doing the tail ball most.
Team fitting for the girls was a new thing this year starting with the Tulsa State Fair, but showing livestock is not.

During her first two years of showing, Carrington brought her prospect Mini Hereford, dubbed
Romeo, to the American Royal in 2016 and won Reserve Champion. She brought him back last
year and won Grand Champion.

Now she and her sister are showing crossbred steers at the Royal.

Paige, in her fifth year of showing livestock, is showing Red Angus heifers.

All three girls expressed with big smiles that they expect to continue fitting together –
especially when they’re older and can fit on the same team.

For now, Delanie and Paige will have to find a third member for their older division team with
the same situation for Carrington and Chase in their younger division team.
Either way, they’ve got a big future of fitting ahead of them. 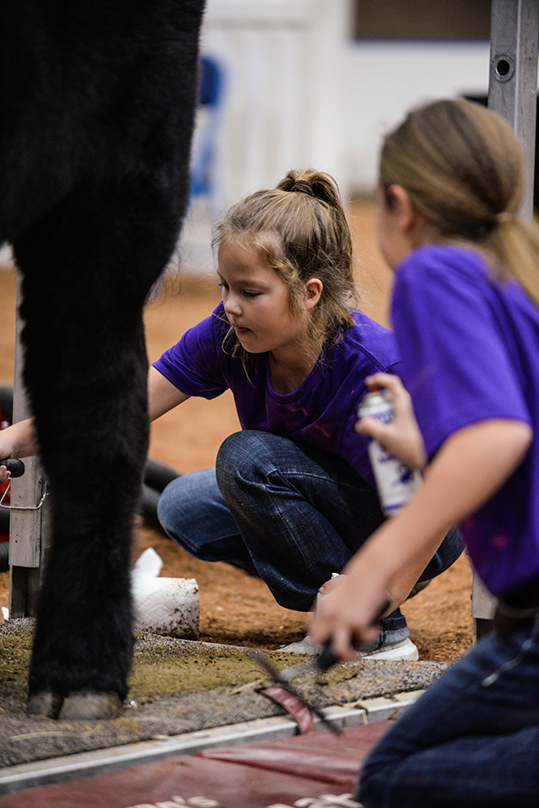 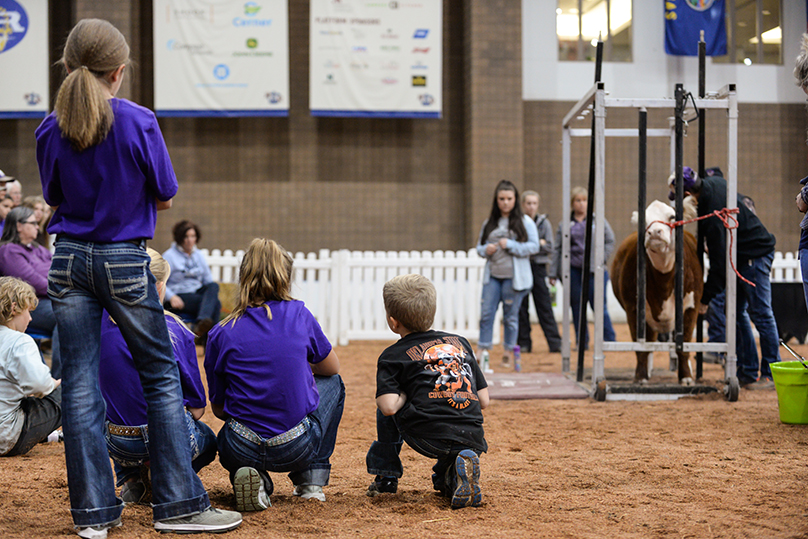