News / Press / Livestock / A Hereford Tradition: Crowning of the Queen

A Hereford Tradition: Crowning of the Queen 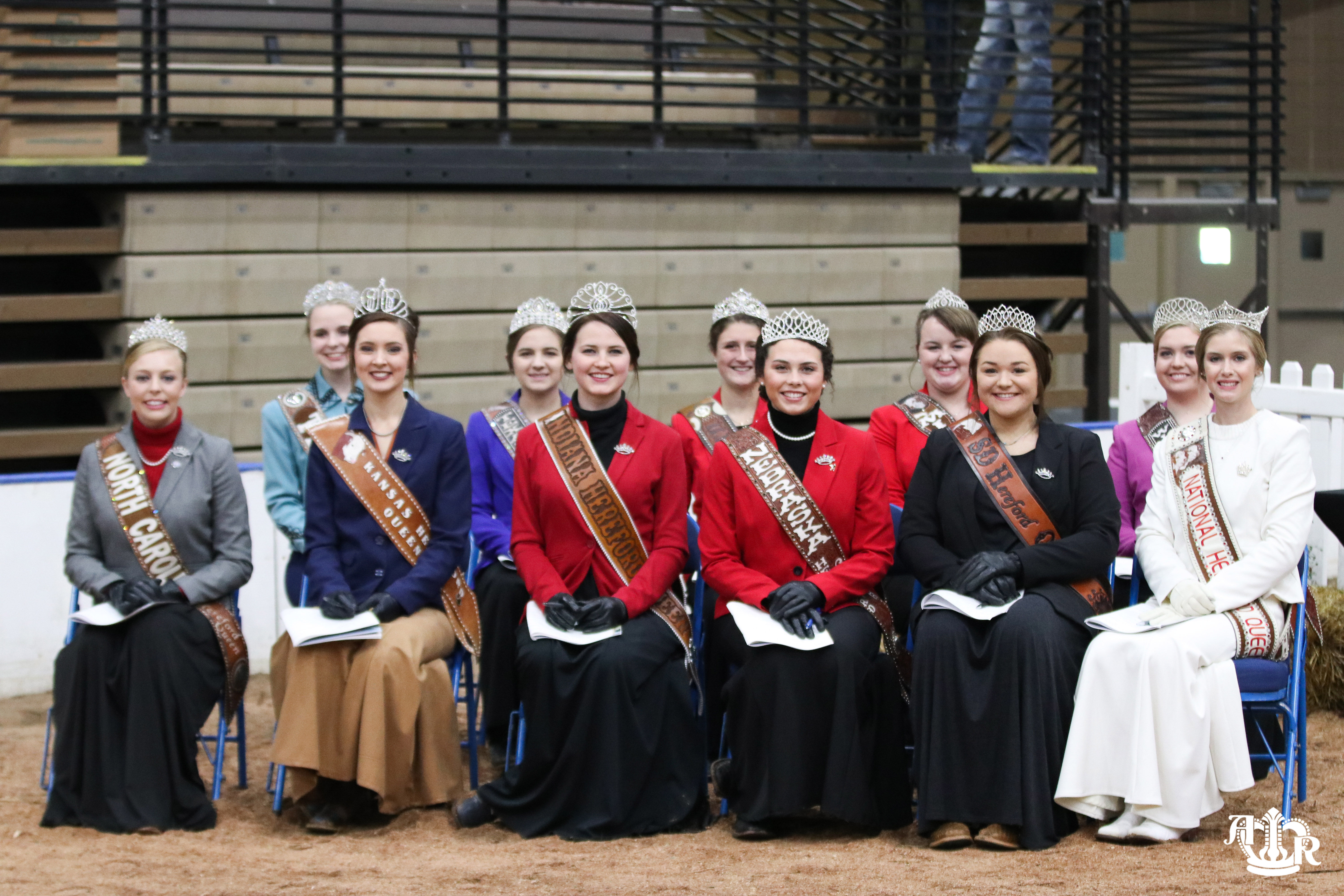 Dressed in all white from crown to toe, the National Hereford Queen stands out among the primarily red cattle which they represent.

The 2017-18 Queen, Abbygail Pitstick, says her favorite part of being the queen is being able to work with the Hereford youth and breeders.

“I really enjoy getting to meet the youth and getting involved in their activities,” Pitstick said, “becoming a role model for the youth has been an inspiration and my favorite part so far.”

To become the National Hereford Queen, there is a specific process each candidate must go through in order to select the best young woman for the position.

State breed association queens must fill out an application and a resume to be considered for the National Hereford Queen position. Starting at the JNHE, a panel of judges will watch the queen candidates on how they present themselves and represent the breed. At the American Royal in Kansas City, the candidates will be interviewed and observed on appearance and attitude, and a new queen will be selected.

In order to effectively complete her duties, it is important for the National Hereford Queen to know the breed and the beef industry, while exhibiting appropriate etiquette and professionalism.

In addition, public speaking and leadership skills are noted as two of the skills each queen will learn during their reign.
“Since being in this position, I have learned to get out of my comfort zone and know that people are there to support me. That is something I have always carried with me,” Pitstick said.

During the JNHE, the National Hereford Queen will begin training the state queens to be the next national queen.
Pitstick stated, “This position has shaped me into the woman I am today.”

This year, Emily Meinhardt (Kansas) was selected as the 44th National Hereford Queen. She will reign until the 2019 American Royal Hereford show.