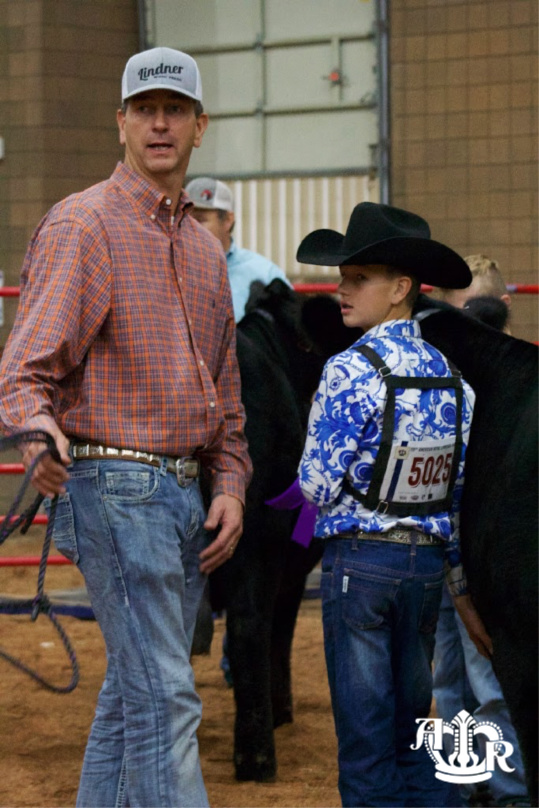 “I have fun showing both species and working with both of them in the barn,” Hoge said. “It’s a lot of work but it’s lot of fun.”

Hoge stays busy showing both cattle and hogs, but that’s not all he does. He is very active in school and sports as well.

Hoge said, “After school, I go to practice and when I come home I go straight to the barn.”

Hoge said he spends most of his time at the barn. When he isn’t in the barn, he is playing football, basketball or working on homework.

“My family and I spend a lot of time in the barn together,” Hoge said. “Even Nora Grace helps out at the barn.”

The Hoge family has a few mottos in their home. One of Carter’s personal favorites is, “Hard work beats talent when talent doesn’t work hard.”

Hoge’s efforts at home have certainly paid off. However, he couldn’t accomplish this on his own.

“My parents have provided me with the motivation and support to keep on thriving and always get better at what you do,” Hoge said.

Through balancing all of his activities, Hoge has gained a strong work ethic, sense of responsibility and organizational skills all far beyond his years.