This year, the American-International Charolais Association celebrated the 50th Charolais National Show. Each year, the national show moves from various shows throughout the country, and this year Kansas City was home to the big event.

Judging this year’s shows were Brady Jensen and Scott Bayer; Jensen judged the junior show and Bayer, the open show.
Neil Orth has been with the American-International Charolais Association since 2001 serving as the Executive Vice President.

Throughout his time with the association, he has seen changes in and out of the showring. 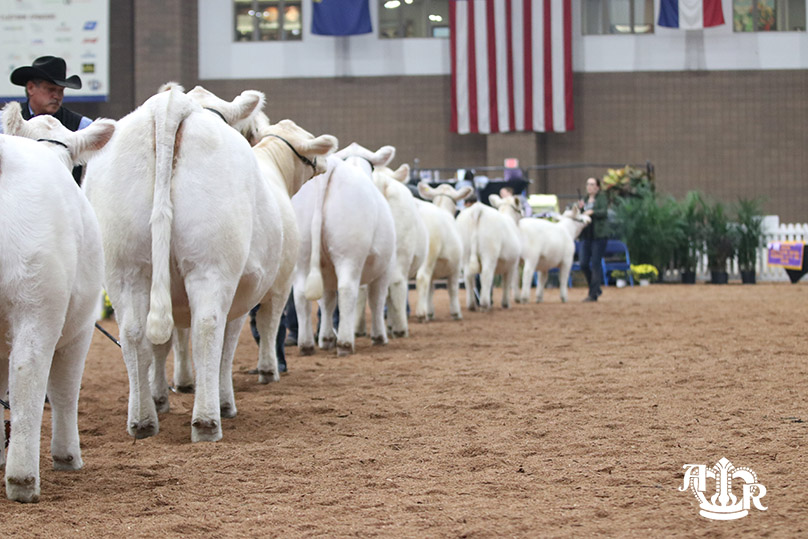 “The main thing we have seen change in the breed over the last 18 years, particularly when you go to a livestock show, is the consistency throughout the classes,” Orth said. He noted the quality of cattle exhibited and the consistency in that quality has continued to improve.

“Here in Kansas City, this is the 50th National Show and this is one of the biggest shows we have had with around 400 head entered.”

Orth also mentioned how the showring has had a positive effect on the breed with the growth in numbers and exhibition of quality phenotypes.

He hopes the breed continues to grow and improve on past the 50-year national show mark.