Looking Back on a 120 Year Old Tradition and its Future 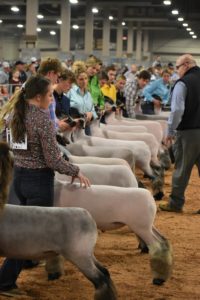 What began as the National Hereford show under a circus tent, has now blossomed into one of the largest livestock shows in the country. The American Royal is a tradition that has been rooted in Kansas City history for 120 years.

Along with being a livestock show, the American Royal hosts over 27 events annually including the Livestock Show, a Pro Rodeo, the World Series of Barbecue, 6 equestrian events, educational events, scholarship opportunities, livestock judging contests, and more.

Progress and changes have occurred along the way. For instance, the Hereford show started out as a male only show. Additions to the events that were held over the years included the first official American Royal Horse Show which occurred in 1905, as well as a rodeo being added.

The first American Royal Barbecue Contest was held in 1980. In 1998, it officially became the “The World’s Largest Barbecue” with 340 teams competing. Today, The World Series of Barbecue, serves as the largest fundraiser for the American Royal.

Plans are in place to move the American Royal to a new event center in Wyandotte County, Kansas, from its notable home in Kansas City, Missouri. The new home of the American Royal will be a purpose built, state of the art agriculture showcase with bigger facilities.