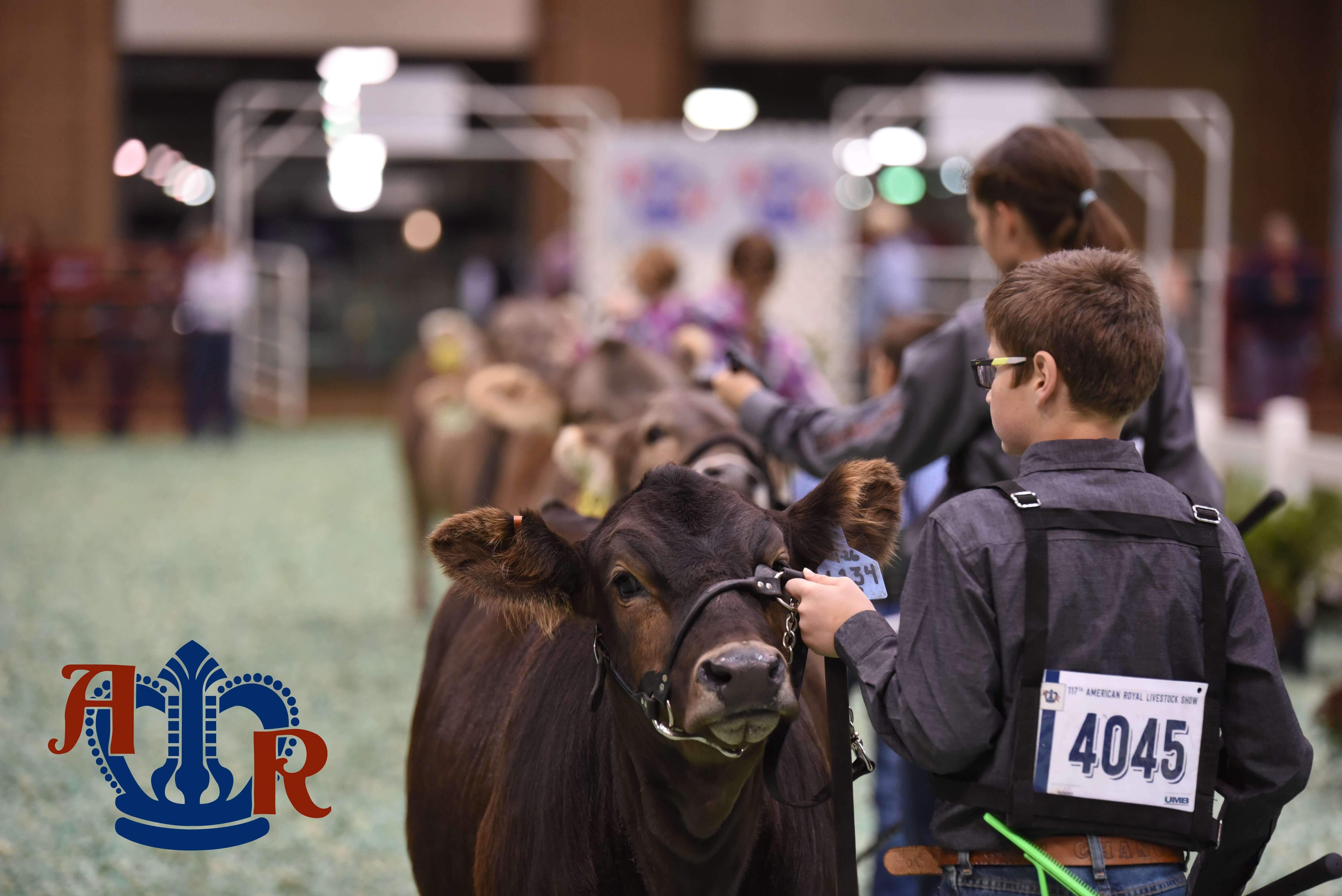 The Junior Braunvieh heifers were the first to touch the green shavings in the Hale Arena at the 2016 American Royal. During the first division of Braunvieh Beef Builders, Judge Jake Gleason of Kansas was quickly impressed with quality of heifers.

Grand Champion Junior Beef Builder Heifer in the Braunvieh Show went to division two champion, Anna Grady, with her show-stopping white heifer. According to Judge Gleason, she was a standout. 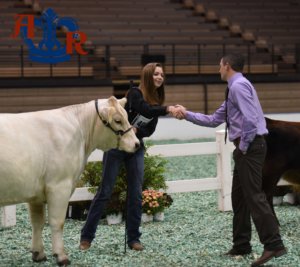 Next in the ring was the Purebred Junior Braunvieh heifers. During the second class of purebred show, three siblings duked it out for the first place ribbon and Makinzie Hinton, Oklahoma, took first place. Judge Gleason said class three of the purebred show was the deepest set of heifers he saw today. Andrew Gaddy of Missouri won the class, then went on to take home the Champion Heifer Calf banner. Megyn Walker, Oklahoma, was named Reserve Champion Heifer Calf.

It was neck-to-neck competition for Grand Champion Junior Braunvieh Heifer. Taking top honors was Andrew Gaddy, coming out of the first division.

Makinzie Hinton was nothing but smiles as she grabbed reserve honors. 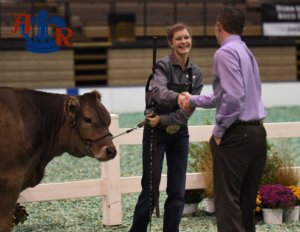