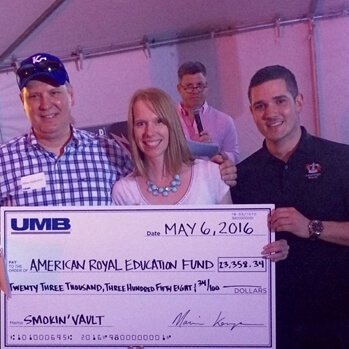 On May 6, UMB associates from across the organization gathered, celebrated, and marinated at the American Royal Complex for the 10th Annual Smokin’ Vault BBQ competition. More than 2,000 associates and barbecue fans gathered to enjoy the culinary skills of some of UMB’s finest cooks and raise over $25,000 for the American Royal Education Fund.

The American Royal greatly values the partnership with UMB and thanks everyone who attended and contributed to this fantastic event!